TONY BRAITHWAITE is a Philadelphia-area native, who returned to the East Coast after an acting stint in L.A. and he has led ACT II Playhouse as Artistic Director since 2012. Tony has worked as an actor, writer, director, or comic with every major theatre company in the region, including 1812 Productions, Arden Theatre Company, Delaware Theatre Company, Montgomery Theater, Pennsylvania Shakespeare Festival, Philadelphia Theatre Company and The Kimmel Center for the Performing Arts. Since 2003, he has appeared in, written or directed many of the Playhouse’s most successful productions, including My Fair Lady, Art, Say Goodnight Gracie, Heeere’s Tony!, First Impressions, Look Mom, I’m Swell!, Didn’t Your Father Have This Talk With You?, Electile Dysfunction, Driving Miss Daisy, Forbidden Broadway, and multiple Neil Simon plays. Tony is a 13-time Barrymore Award nominee, a four-time emcee of the ceremony, and a three-time winner (two wins for performances at Act II – The Big Bang and The Story of My Life). Since 1995 Tony has also been the Director of Dramatics at his beloved alma mater, St. Joseph’s Preparatory School (aka the “Prep”). tonybraithwaite.com 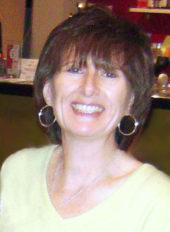 Director of Finance and Operations

PAT TADDEI joined Act II in 2015 as Business Manager and Development Associate. Pat’s role aligns with her love of theatre and live music, and follows an extensive career in Business Management in the fields of computerized inspection systems, powder metallurgy, and finance. In 2020, Pat was named Director of Finance and Operations at the Playhouse. A native of Montgomery County, she relocated from New Jersey back to her home state, and is delighted she can now walk to work. MARY CARPENTER joined Act II full-time in 2021. She has been working as a performer, director, teacher, writer and producer in the Philadelphia theatre community for over twenty years with The Second City, 1812 Productions, Act II Playhouse, Philadelphia Theatre Company, Arden Theatre, Wilma Theatre, and Montgomery Theatre Company, among others. Directing credits include Intimate Exchanges and Search for Signs of Intelligent Life in the Universe at 1812, On the Road Again, Oh What Fun, Didn’t Your Father Have this Talk with You, Making Spirits Bright, A Few of Our Favorite Things, and Kalamazoo at Act II Playhouse, and I’ll Have What She’s Having at CSZ Philly. She has written and produced two one woman shows: The New & Improved Stages of Grief and Dot & Me. Mary has been a performing and teaching member of ComedySportz for over twenty-five years where she also served as Artistic Director twice. She served as Assistant to the External Relations Director at 1812 Productions for five years, and taught Middle School Theatre at Abington Friends School for eight years. She holds degrees in theatre from Northwestern University and The London Academy of Music and Dramatic Arts, and has recently published Do Or Do Not: How to Improvise Like a Jedi. NICK CARDILLO joined Act II in 2022 after working at an area non-profit organization. Nick is a graduate of Susquehanna University holding degrees in Communications and Theatre. He was previously the Publicity Coordinator for the Susquehanna University Department of Theatre and performed in several college productions. A native of Montgomery County, Nick has also appeared in productions at Montgomery Theatre, Playcrafters of Skippack, and Dutch Country Players. Nick is an avid reader, passionate film buff, and a published author. LIZ MCDONALD joined Act II in a full-time role in 2021 and was most recently the Props Designer and Set Dresser for the Act II productions of Greater Tuna, Looking Over the President’s Shoulder, Souvenir, and Mikey the Elf. Liz has designed, taught, directed and performed throughout the Philadelphia and Chicago areas for the last 16 years. She was the Stage Manager for the Young Actors series at Montgomery Theater, is on the adult staff for the Cape and Sword Drama Society at St. Joseph’s Prep, and was the former Production Manager at Steel River Playhouse in Pottstown, PA. PAT SABATO joined ACT II in 2013 and has been an Actor’s Equity Association (AEA) Stage Management professional since 1997 working on over 60 professional productions and over a dozen world premieres. Pat has stage managed with every major theatre company in the Philadelphia area, including 1812 Productions, Arden Theatre Company, Azuka Theatre, InterAct Theatre, Lantern Theatre, Philadelphia Theatre Company, Theatre Horizon, Wilma Theatre, and the annual PlayPenn play development program. Pat also serves on the AEA Liaison Committee for the Philadelphia Region. She is married to Edmund Sabato and they are the delighted parents of Christina, Kathryn, Jessica and Daniel. DEB WESLER joined ACT II in 2019 and has extensive experience in multiple aspects of theatre production and management including Stage Management for The Wilma Theatre, The Kennedy Center, The Philadelphia Drama Guild, The Russian Ballet Theatre, and murder mysteries produced by DMK Productions in Philadelphia; Box Office Manager at Strand-Capitol Performing Arts Center in York, PA, and Audience Services Manager at The Wilma Theatre. Deb has even fund-raised, made props and done faux painting! Deb’s Stage Management skills were developed at Temple University’s School of Communications and Theater. She is a Philadelphia native and now resides in Drexel Hill with her husband Ken. ARIEL BRENNA joined the Act II team in early 2022 after working as a freelance illustrator, retail associate, and Library assistant since graduating Massachusetts College of Art and Design in 2019. She recently moved back to Pennsylvania after 6 great years in Boston. She has previous theater experience as a student director, set painter, and stage crew member during her time in high school. She is passionate about both visual and performing arts, and continues to freelance while she works at the Playhouse. ALICE DAKE joined Act II in 2021 after seven years as Production Associate/Box Office Manager at Montgomery Theater in Souderton where she continues on as scenic painter for all of their children’s productions, a position she has held since 2009. Alice also worked as a scenic artist for The Center for Performing and Fine Arts in West Chester for six seasons as well as providing commissioned art and set pieces for a number of productions at St. Joseph’s Prep. She has two (nearly) adult children and resides in Chester County with her husband Paul, their teenager, and four cats. PAUL DAKE joined Act II in 2021 and has worked in professional theater since 2006 as both an Actor and Stage Manager, mostly at Montgomery Theater in Souderton. Paul can be seen in TV commercials now and then, is also an accomplished singer/songwriter, and has self-produced several albums of original music. He enjoys spending time with his family, golfing with his musician friends, reading biographies, and is an avid runner. ROSE MARIE KETTINGER joined ACT II in 2019 and is a career educator having spent 22 years as Assistant Principal at St. Joseph’s Preparatory School in Philadelphia (aka the “Prep”), with additional classroom and administrative roles at Cardinal O’Hara, Lansdale Catholic and the Academy of Notre Dame. Rose has performed and assisted in school productions and been an avid supporter of students of all ages in the performing arts. She now resides in Worcester with her husband Rick, and is a proud Mimi to her granddaughters. MICHAEL DONOVAN joined Act II in 2012.  A comedian since he was just 14, Mike inaugurated the Playhouse’s stand-up comedy shows in 2012, and has facilitated workshops and classes for Act II, including the popular Stand-up Comedy Workshop. He is a graduate of LaSalle University, with additional certifications from Villanova University and Temple University. EDMUND SABATO joined ACT II in 2015 as a member of the Box Office and House Management team. Ed served as a police officer before entering the corporate world, and then turned to arts non-profits as Marketing Director for the Lancaster Symphony Orchestra and the Cultural Data Project. Ed has been onstage or backstage at multiple area theatres as a performer or understudy, and is also a playwright and member of the Dramatists Guild. His play Tight Race was produced in Philadelphia and Troublemakers was produced in Normal, Illinois. Ed is married to Pat Sabato, ACT II’s Resident Stage Manager. WILL DENNIS joined ACT II in 2012 as in improv instructor and has been teaching comedy for over 15 years. Will has performed at the Playhouse in the popular role of “Murray” in the Murray the Elf Toyland Mystery Series of children’s holiday shows, as well as other productions, and was a co-writer and actor on 2016’s Electile Dysfunction. Will is married to Danielle (Commini) Dennis and they are the founders of UnScripted Productions in Newtown, PA; a creative studio devoted to improv and comedy. When not at UnScripted or Act II, Will teaches World Religion and Discernment at Villa Joseph Marie High School in Bucks County.
Menu